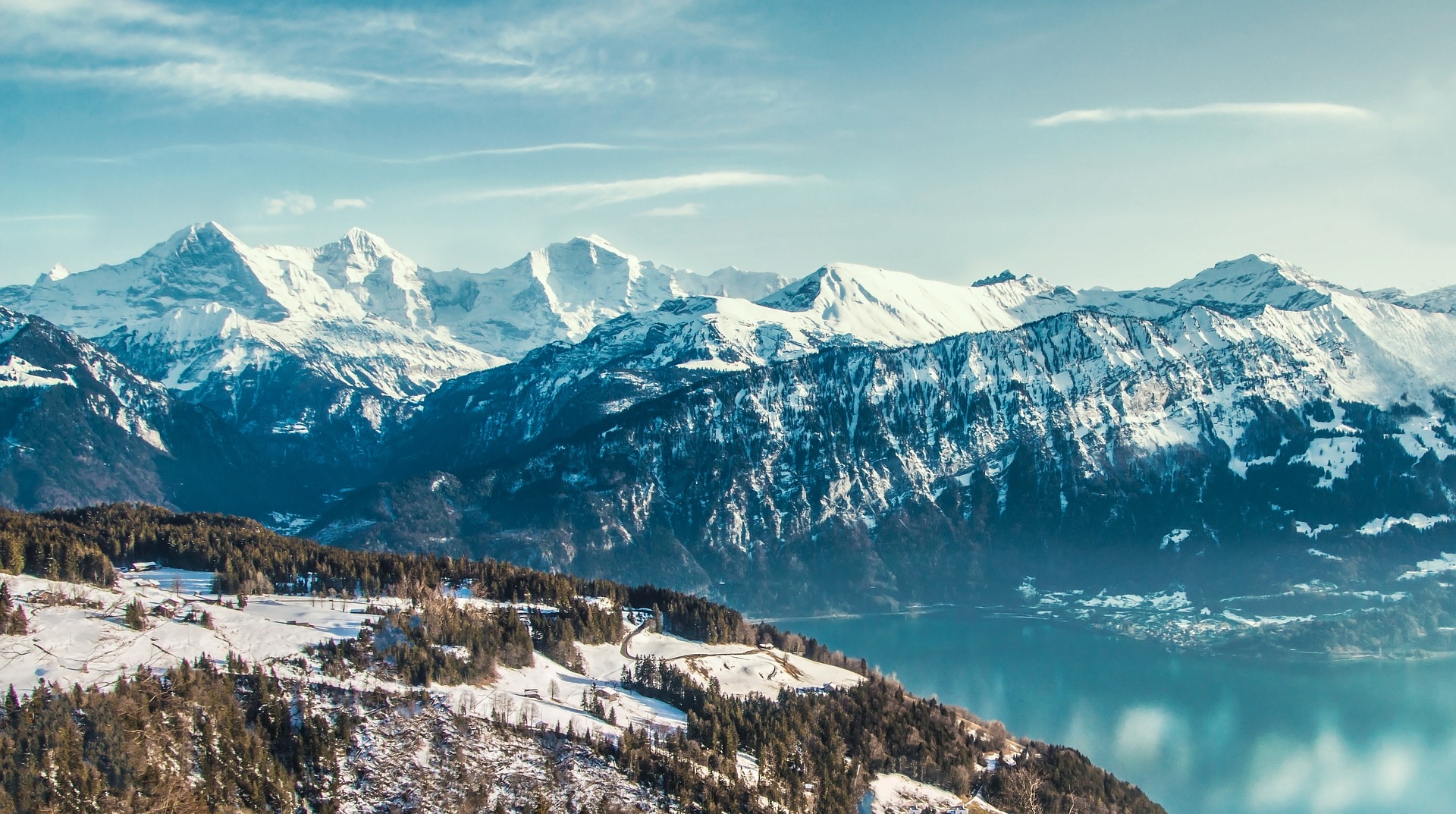 “If you know how suffering arises, you can help better.”
Patients health and well-being we focus first. My purpose always was to augment the dentist’s knowledge and understanding of TMJ disturbances and to enhance his or her ability to help TMJ patients.
Primarily I was interested in the prevention and, where necessary, the diagnosis and therapy of orofacial pain. In addi­tion to my concern for the well being of our TMJ and facial pain patients, also I was interested in the profes­sional prestige of the dentist. By this I mean that the diagnosis and causal therapy of facial pain resulting from occlusal disturbances in the purview of dentistry. Nature has cast before us a challenge, and we, as dentists, must learn to take advantage of all the diag­nostic, preventative, and therapeutic measures avail­able to us.

Professor Dr Albert Gerber (1907-1990) was one of the most innovative scientists in dentistry of the last century. He explored and let us learn “logic and mystic” of TMJ, occlusion and articulation. As a young practitioner not knowing about the origin of pain he became aware that his treatment given to some patients could have been the cause. So pain was the main force of his discoveries for the rest of his life.

Condylator® – articulator and matching Dynamic Gerber Facebow – DED® with Gerber Registration Instruments® is based on the lifetime work of the late Professor Albert Gerber, University of Zurich, Switzerland. Originally introduced in 1948, over the years it has undergone detailed refinement but still remains true to Gerber’s internationally proven principles of prosthodontic and joint-protective dentistry, the treatment of temporomandibular joint dysfunction and dental implantology. TheGerber Condylator® has become a classic design with many advocates around the world.

Condyloform® – Diatorics teeth directing the function to two ways: to the temporomandibular joints and to the occlusion, back teeth developed by prof. Dr. Albert Gerber in the late 1950s. The functional (lingualized) occlusion is built by placing the upper teeth palatine cusps in the deepest part of the fossa of lower teeth in order to increase the stability of prosthetic restorations and to build (through the alignment of the teeth) a clear relationship between the palatal cusps of the upper teeth and the occlusal surfaces of the lower teeth. The best result is guaranteed by setting the Gerber-Condyloform® teeth together with the original Gerber-Condylator®.

Gerber® Resiliency Test  – is used for the clinical assessment of the remaining joint space. Along with the use of individual registration parameters on the Condylator® Vario, results of this assessment are used for the enlargement of pathologically reduced joint space – as part of therapy in temporomandibular disorders.

Teeth contact and denture stability during mastication. Presentation of his studies results at the SSO-Congress in Lugano.

Propositions for a new generation of physiologically shaped molars for functional mastication.

Describes the transversal movement today known as “Immediate Side Shift”

Builds his first articulator with ISS together with transversal inclination according to Ackermann and Fischer.

Adds the retrusive movement in his second series of Translator-articulators.

Gerber Condylator-Simplex with double-cones functioning in a defined aperture to obtain a physiologic envelope of movement. Controlled capacity of movement including centric and retrusive position. Patent.

Condyloform® posterior teeth for the lingualized occlusion known as the Gerber® Method. Patent.

First series with adjustable angle for the condyle path additional to the mechanically simulated three dimensional guidance of TMJ movements in his Simplex Condylator. Individual settings are possible according to the extraoral registration with the Gerber Dynamic Facebow.

Positioning of the anterior teeth according to facial asymmetries. Conformation of Gysi’s research defining the anteriors’ size to the Principles of Embriogenetics.

LOGIC AND MYSTIC OF TMJ

Despite all technological achievements many TMJ problems remained unresolved.

Definition of occlusally determinated ortho- and malpositions of the condyle in temporomandibular disorders.

WARNING AGAINST THE “MOST RETRUDED POSITION”

Albert Gerber gave a clear warning against the “most retruded position” being the physiological starting position for all fixed and removable prosthodontic work.

A simple way for the evaluation of the remaining joint space.

Vario-devise on the Gerber Condylator to be used for the enlargement of pathologically reduced joint space – as part of therapy in temporomandibular disorders. Patent.

A lobby supported by American articulator manufacturers calling themselves “State of the Art Lobby” after decades of hard fighting accept the value of his Condylator’s retrusive movement, however only tolerated Gerber’s-Centric as an acceptable reference.

The working condyle is located in retral-upper-sideway“ position and the balancing condyle in “anterior-lower-inside” position before the chewing act starts. Film of G. Preti, Torino, first shown at the Gerber Suvretta Course in St. Moritz.

Functions having to work – A. Gerber: Funktionnen, die funktionieren müssen. Quintessence Video (Böniger, Ammann) based on a selection of patients-case films (Gerber, Bissegger).

“DON’T TELL US WHY IT WON’T WORK, TELL US HOW TO MAKE IT HAPPEN”

With these words Nils Guichet, inventor of the Denar articulator closed his last speech as President of the AES in Chicago and by this gave the “laurel of victory” to Gerber’s physiological concept. 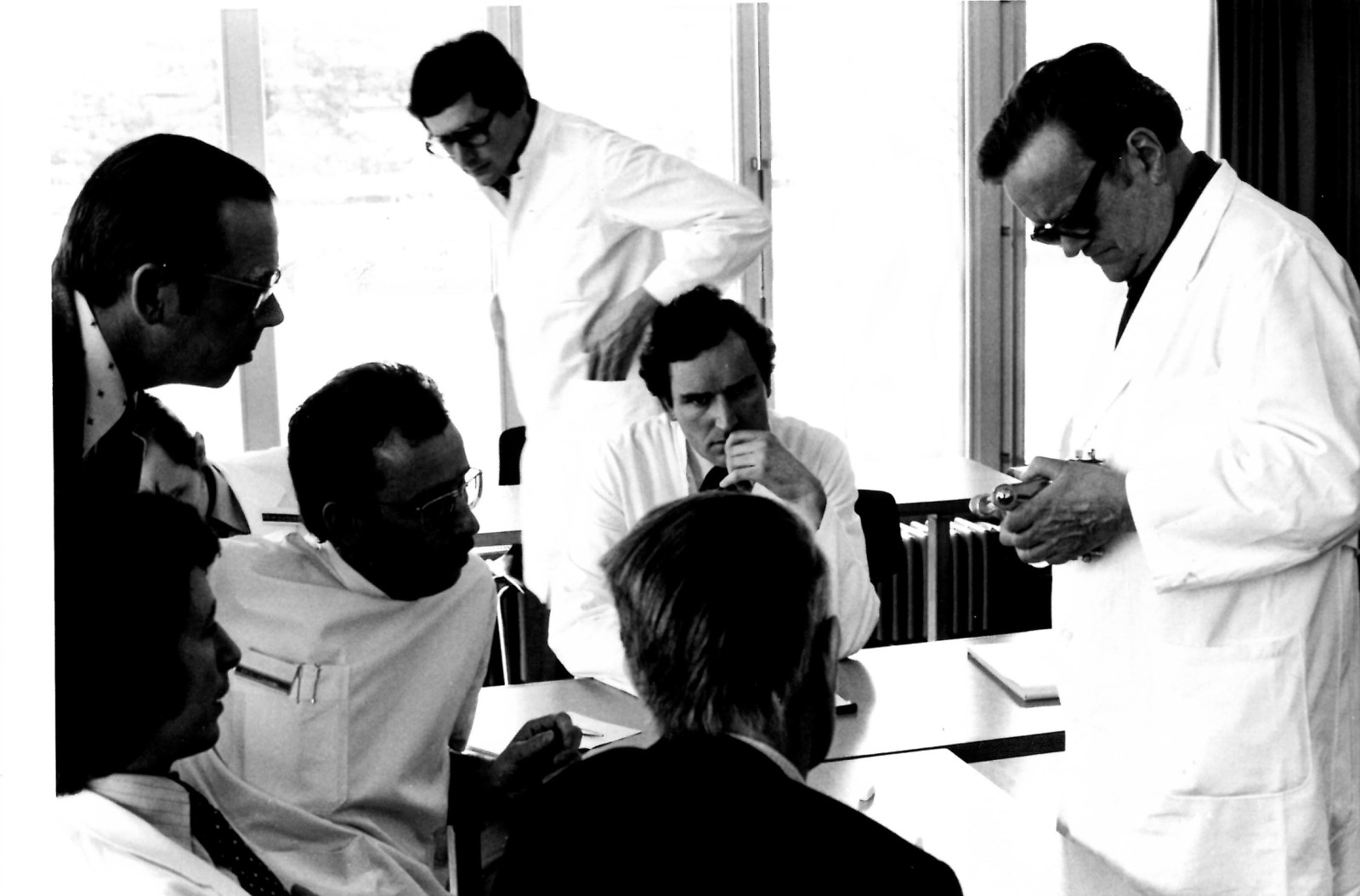